History of the Ford Bronco

The Ford Bronco is a model line of SUVs that were manufactured and marketed by Ford from 1965 to 1996. After the first generation of the Bronco was introduced as a competitor to compact SUVs (including the Jeep CJ-5 and International Harvester Scout), the succeeding four generations of the Bronco were full-sized SUVs, competing against the Chevrolet K5 Blazer and Dodge Ramcharger. The first Bronco was assembled using its own chassis, while the full-sized Bronco was derived from the Ford F-Series (F-100, later F-150) pickup truck; all Broncos were produced with four-wheel drive powertrains.

The Ford Bronco was withdrawn from the Ford light-truck model line following declining demand for two-door SUVs. For the 1997 model year, Ford replaced the Bronco with the Ford Expedition, a four-door SUV based on the F-150 (the later Ford Excursion was based on the Ford F-250 Super Duty).

From 1965 to 1996, Broncos were produced at Ford’s Michigan Truck Plant in Wayne, Michigan. In 2017, Ford announced the reintroduction of the Ford Bronco as a mid-sized SUV (derived from the Ford Ranger) as a 2021 model; manufacturing is to return to Michigan Assembly.

In mid- to late 1996, Ford announced the discontinuation of the Bronco. The last model built rolled off the Wayne, Michigan assembly line on June 12. The final model was escorted by longtime Bronco enthusiast Jeff Trapp’s 1970 halfcab during a drive-off ceremony. The Bronco gained sudden notoriety when an estimated 95 million TV viewers tuned in to watch the police slowly chase a white Ford Bronco carrying O.J. Simpson down Los Angeles’ Interstate 405. Our West Coast SoCal Trucks Fans remember this all to well. Ford discontinued manufacturing the Bronco two years later, but not because of the infamy from the O.J. Simpson police chase. According to Mark Schirmer, a communications director for Ford utility vehicles, the model line was ended to make room for the automaker’s newest additions to the lineup which were the large SUV family-style replacements, the Ford Expedition and the Ford Explorer. The family-friendly Expedition and Explorer offered four doors and were introduced to compete with General Motors’ Chevrolet Tahoe, GMC Yukon, and larger Chevrolet Suburban and GMC Yukon XL models. The 2-door Bronco was already fading in popularity long before O.J. Simpson made the vehicle a celebrity, according to Ford.

You may have heard that Ford Motor Company is bringing back the Bronco in 2020. As a thank you, we built the baddest Bronco in the world…a Roush supercharged Coyote 5.0L 4-door early Bronco with a modern 6-speed transmission and tons of custom features! It received such an amazing response both at shows and on social media we chose to add it to our custom build lineup

Do you love Ford Broncos, but need something more substantial to fit the entire family?

A true one-of-a-kind masterpiece, a MAXLIDER 4-door is created by mounting an all new lengthened tub to a custom frame made of high-strength steel. It accommodates up to 6 passengers comfortably and offers an unparalleled experience. A vehicle unlike any other, you can enjoy the 4-door Bronco with room for all your family and friends.

The Ford Bronco is a model line of SUVs that were manufactured and marketed by Ford from 1965 to 1996. … The first Bronco was assembled using its own chassis, while the full-sized Bronco was derived from the Ford F-Series (F-100, later F-150) pickup truck; all Broncos were produced with four-wheel drive powertrains. 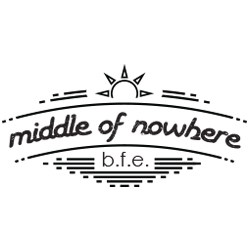